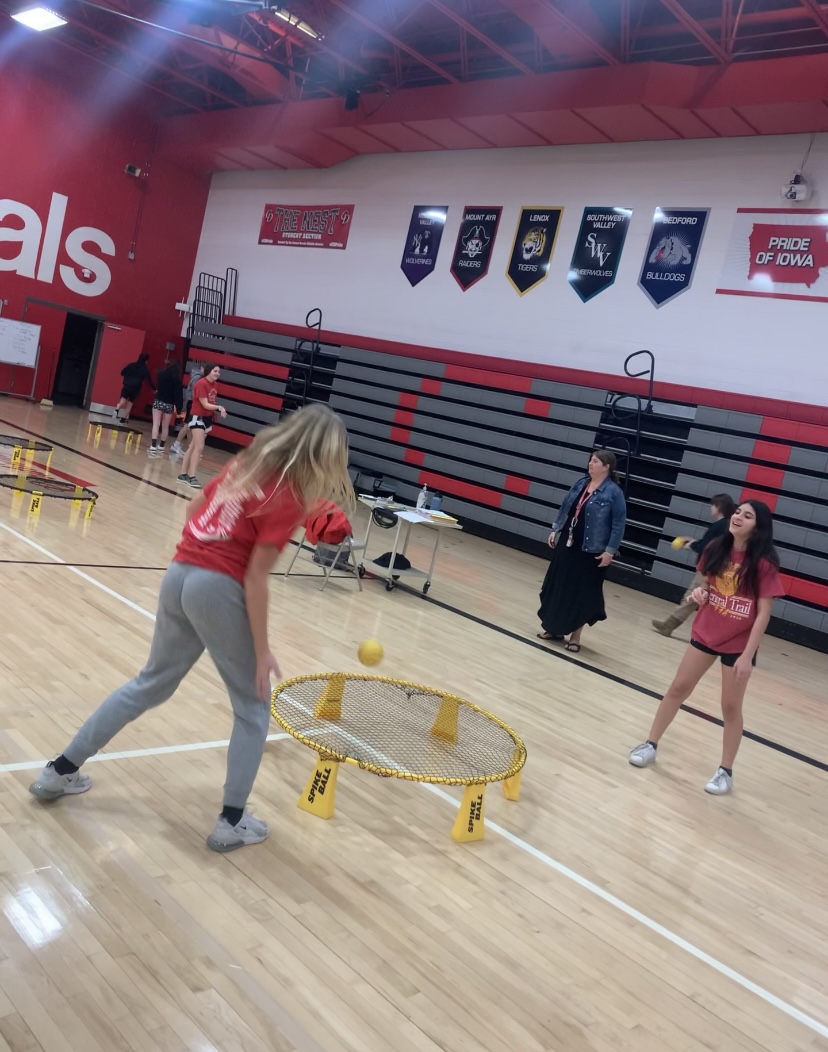 In middle school physical education class, students have started a spikeball unit. Spikeball is a game played with a small circular net and a small yellow ball about the size of a softball. The game is played similar to volleyball except the game is played in a 360 degree circle around the net.

Spikeball is played with teams of two. Each team has three hits to attempt to return the opponents hit off the net, similar to volleyball. To introduce the game, students worked in small groups of two to four and worked on their serving and then volleying the ball back and forth to each other. Students were instructed to attempt to keep the ball in the air for as long as possible without letting it hit the ground. Spikeball is an excellent game to work on hand-eye coordination and agility. It is a great game that can be played outside as well at a family function such as a cookout.
To warm-up before spikeball, students played an agility tag game. The runner attempts to pass through the opening between two cones before being tagged by the tagger. Both students must wait until the whistle is blown before moving. This is a simple activity that works on agility and deception while also being a fun way for students to begin class.