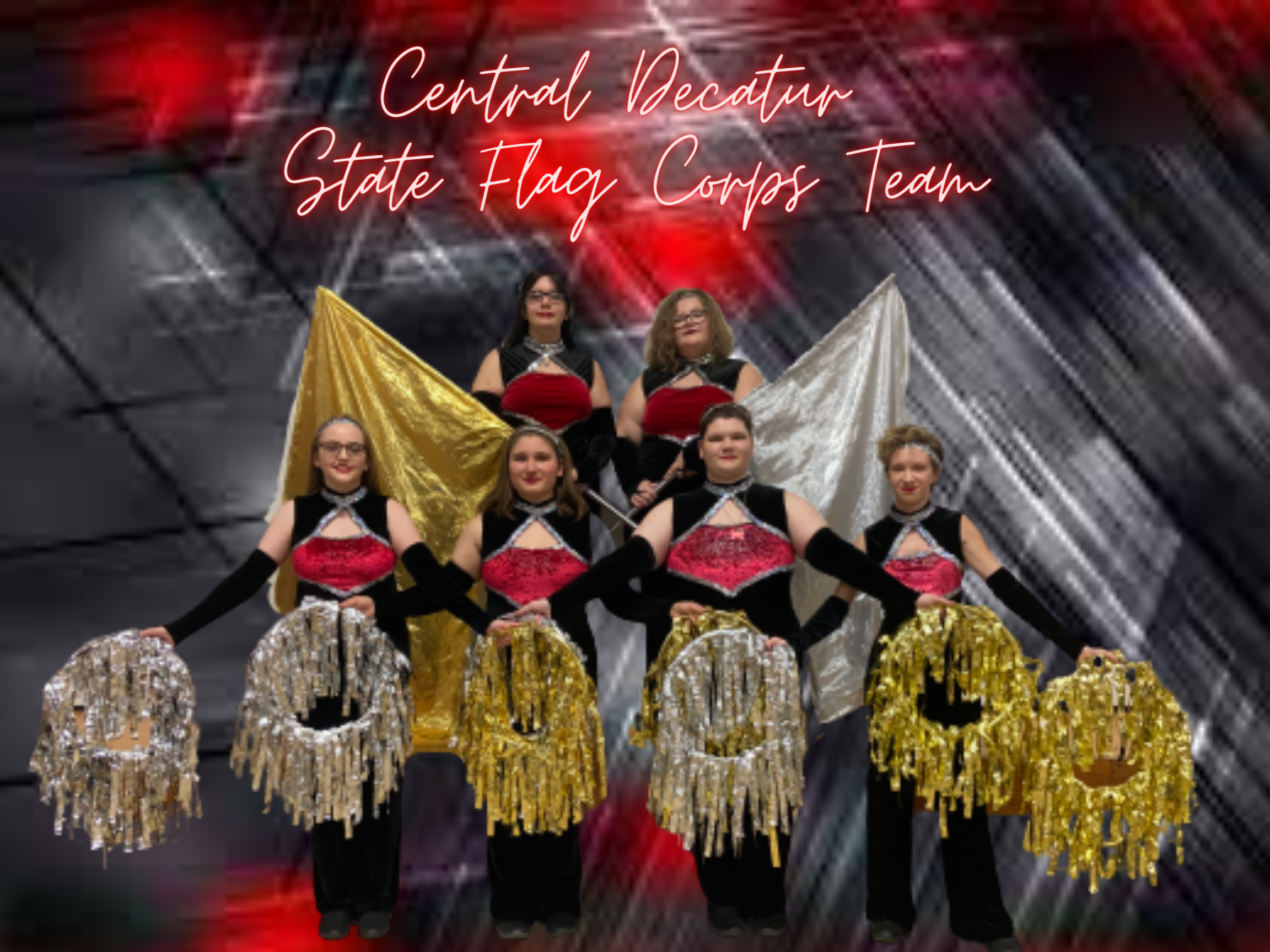 For the first time in CD history, the Central Decatur Flag Corps competed at the Iowa State Dance & Drill Team Association competition. On December 1, six members of the Flag Corps (Tempest Erwin, Aspen Eslick, Phoebe Herring, Janelle Johnson, Aries McGuire, and Morgan Thompson, along with their coach Emily Layton) headed to Wells Fargo Arena. Their routine was to Trans-Siberian Orchestra’s “Christmas Eve – Sarajevo 12/24,” commonly known as “Carol of the Bells.” While the team did not place, they had fun and learned a lot while watching some fabulous routines from around the state. They were also able to cheer on CD Dance Team’s prop performance and three soloists. Highlights of the day were seeing parents who came to support them, team-bonding time, AND the girls were recognized for their academic achievement.