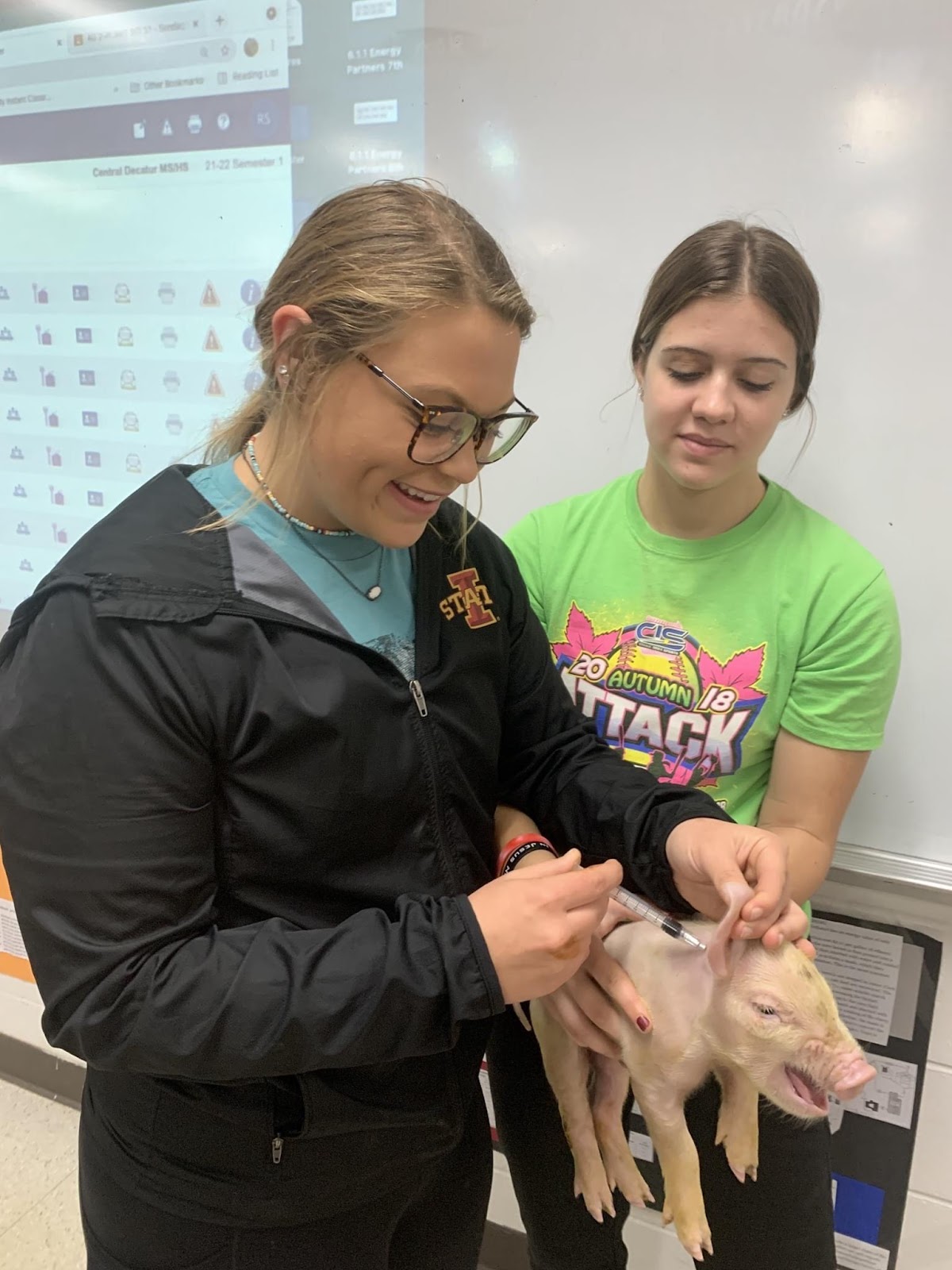 Kylee Rockhold ’22 and Hallee Hamilton ’22 give iron shots to piglets.

Ever since the beginning of the year, I have been studying animal reproduction. To start off the year, I had the idea of getting an animal and breeding it so that I could track the embryo/embryos from earliest seen to right before birth. The first animal that popped into my head was a rabbit as they are smaller animals that could live in the shop. They are easy to take care of so it was a project that was very doable. The first time I tried, the rabbit was not pregnant but the second time she was. I was able to ultrasound her 3 different times. I also ultra-sounded the sow and multiple dogs! This is what I have been studying so far this year.

I chose this area as I have always had a big interest in animals. They are what I have a passion for especially by helping them in any way. With reproduction there are many cool things to me. I learned how to AI last year, I have job shadowed vets, embryologist for cattle, and vet technicians. The coolest part to me is ultra-sounding. The ability to see an animal growing inside the mother is so cool. I love looking at them and finding them in different animals. Overall, it is something that makes me happy to do and that is why I chose it to learn more about.

This year I have learned some but can take it further. I have learned how to better use the ultrasound machine. There are many things about breeding animals that need to be learned also. With the rabbit I learned that you need to take the doe to the bucks cage as the doe does not like the buck in their space. With the sow, we induced her so that she would hopefully have her piglets in the afternoon. I think that this shows how important it is to know breeding schedules and gestation periods. There is more math to it than just breeding an animal whenever you want.

There is some stuff that I am interested in learning. I need to learn how to use the measurements on the ultrasound machine to see how big they are. I also have tried learning how to tell male and female but have not yet figured that out either. I know there is also a heart rate monitor that can be used on the ultrasound machine. I would also like to look into more heat cycles with cattle as it is something that is still hard to understand under the AI process. Overall, I have a lot left that I can learn.