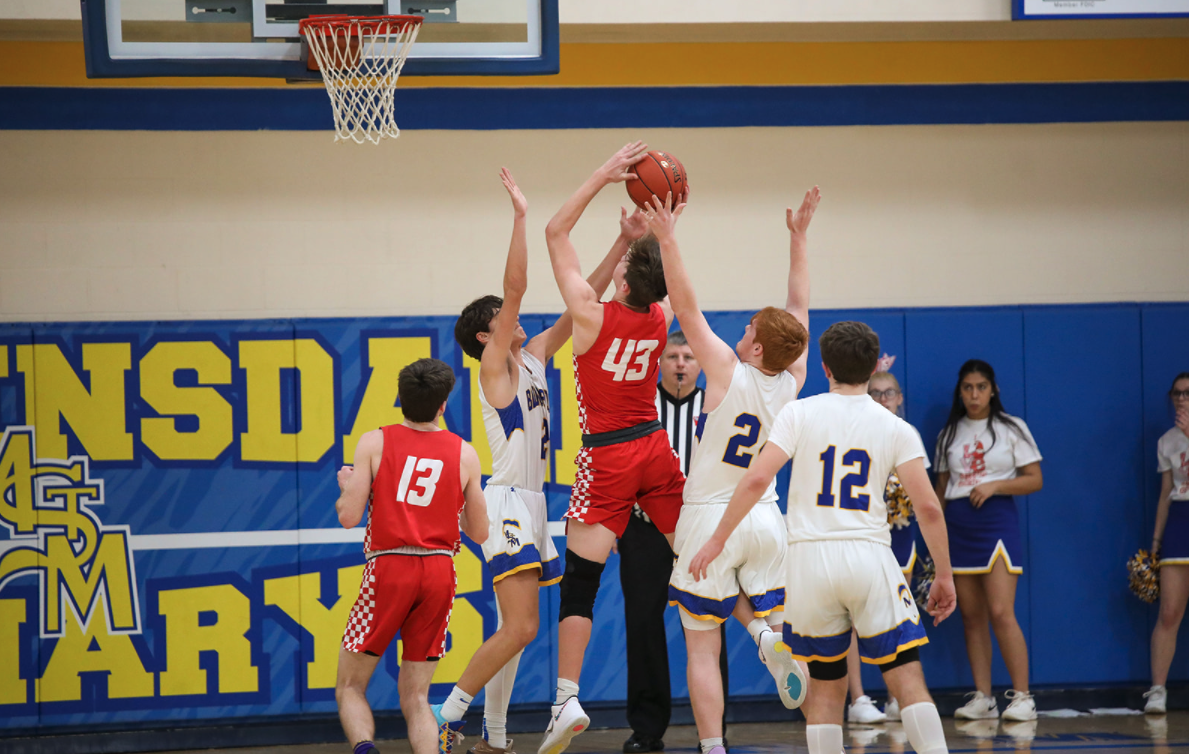 The season started off well with the Cardinals winning the first eight games of the season.  The team benefited from great leadership from the four seniors: Tyke, Trey, Cauy, and Matt.  The first loss of the season was to Martensdale-St. Marys.  The team learned a lot from the loss and was then able to rattle off another ten wins in a row.

In the post season, CD played Davis County in the first round and won 74-57.  That earned the team the right to travel to Pella to play Pella-Christian.  CD ended up losing 35-59 to a very good team.

The team finished the season at 20-3 and had a great year.  There were 16 guys out for basketball, and each one of them did a great job of getting better every day.

If you are interested in supporting the team, be sure to see a team member. They are selling tickets for Thelma’s Fried Chicken Dinner for Thursday, March 24. They are also selling POI Championship t-shirts until March 31.