Robotics I and II Classes Use Many Skills to Build Projects 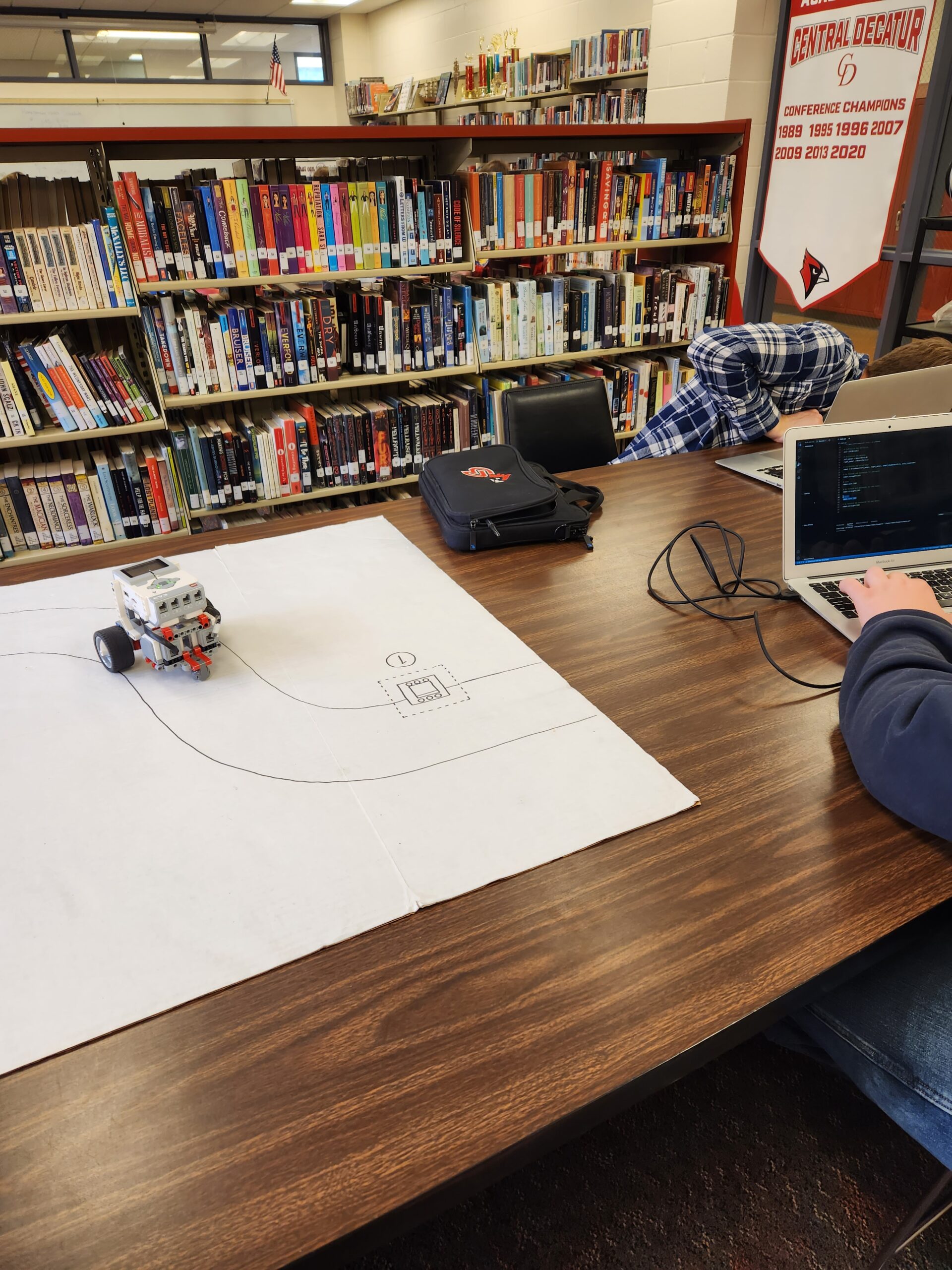 Robotics I and Robotics II classes are both offered this year. Robotics II has four returning students and they are learning how to code using Python. The EV3 Mindstorm program made it possible to use Python coding which is a more difficult level of coding where the students have to type in every command instead of choosing options already created in Scratch. The four students are using more employability skills like troubleshooting, problem solving, and logical thinking to solve their questions.

Robotics I class has learned a lot about levers, wheels and axles, pulleys, structures, incline planes, and gear ratios. Last week they constructed catapults hoping for accuracy, and they wanted to see which catapult would shoot the farthest. Using a pebble and a tiny marshmallow as their projectile, they had to calculate the mechanical advantage. They also knew that the effort couldn’t be the same for the pebble and the marshmallow because of the weight differences. This week, with gear ratios being the objective, the boys built race cars for a competition of speed. The class has gotten off to a great start and is looking forward to seeing lots of individual projects throughout the year.